The chapel was built in 1875 to serve the needs of the Sisters of St. Mary and was designated as the place of worship for the Kemper Hall girls’ school.

The $6,000 construction began with a $5,000 contribution from alumna Mrs. Peter Hubbel, in memory of her late husband. It was a simple prairie chapel with a modest altar and no stained glass windows. Originally called St. Peter’s, it was changed to St. Mary’s in 1878.

The south cloister connecting the school to the chapel was built at the same time as the chapel, allowing the girls to attend daily chapel services without going outside. On one side of the hallway were small rooms used as the Priest’s vestment room, confessional, and sacristy, where altar linens and communion ware were stored. On the other side of the hallway was St. Gabriel’s Meditation Chapel, a small private prayer area for the Sisters.

In 1890, the interior of the chapel was refined with an ornate altar, tabernacle, and pews all hand-carved in Germany. The rood screen was designed by Kemper student Anna Upjohn and handmade in Germany in 1889.

In 1896, Mother Superior Margaret Clare viewed an original oil painting in Paris by Florentine Renaissance painter Fra Bartolommeo in 1511. As a memorial to Mother Harriet, the foundress of the Order of St. Mary, Mother Margaret Clare commissioned French artist Theodore Dube to paint a reproduction of the painting, “The Mystic Marriage of Saint Catherine of Sienna”.

The hand carved altar, reredos, and pews came from Oberamergau, Germany in the 1890s. The side panels of the reredos were painted in the late 1890s by Edith Jane Bacon, an 1897 alumna, who eventually became an art instructor at Kemper Hall.

In 1904, the chapel was expanded and the baptistery was added, including six stained glass windows. The earliest stained glass in the Chapel came from Germany. The Angel and Mary windows were made in London in the 1890s and the Nativity window is in the Tiffany style. Donated in the early 1900s, the baptismal font, made of Italian Carrara marble in a lily design, symbolized the Community of St. Mary. The balcony housed a Holtkamp Pipe Organ and the pipes filled the center of the balcony.

Today, the chapel is de-sanctified but still used for weddings, recitals, and more. Couples exchange their wedding vows before the altar where Kemper Hall students and the Sisters of St. Mary worshipped daily. The small side chapel, once known as the St. Gabriel’s Meditation Chapel, was recently redecorated and serves as the bride’s dressing room. The groom’s dressing room occupies the space that was the sacristy. 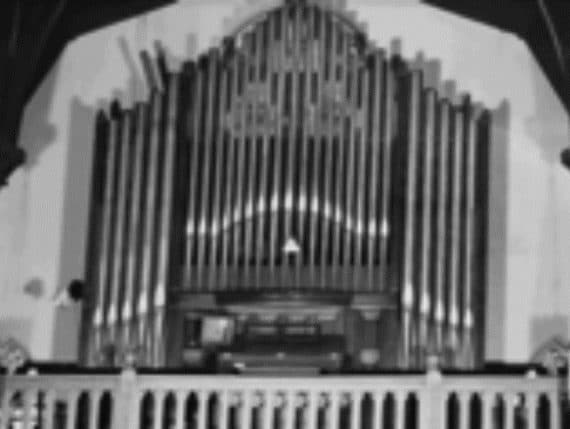 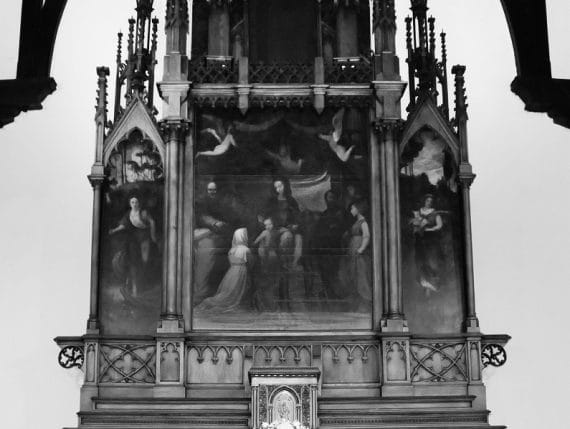 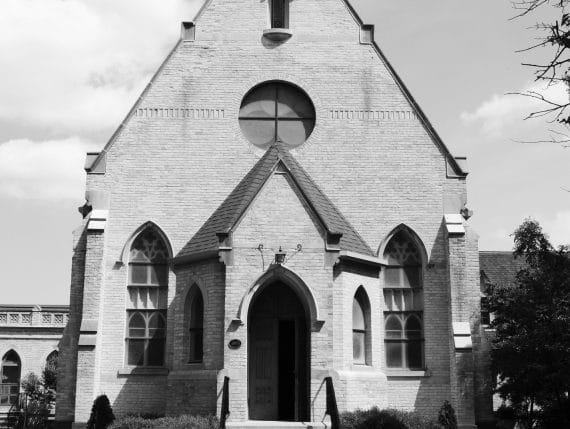 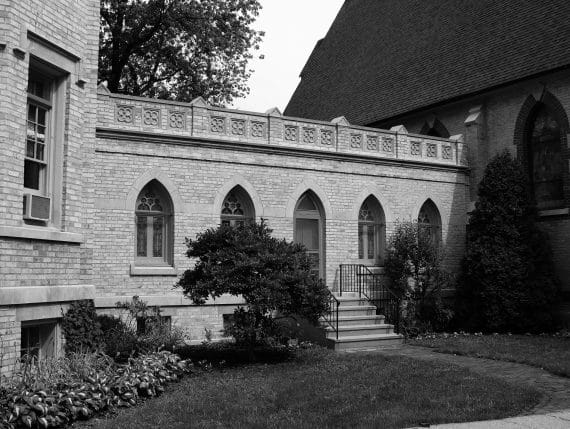 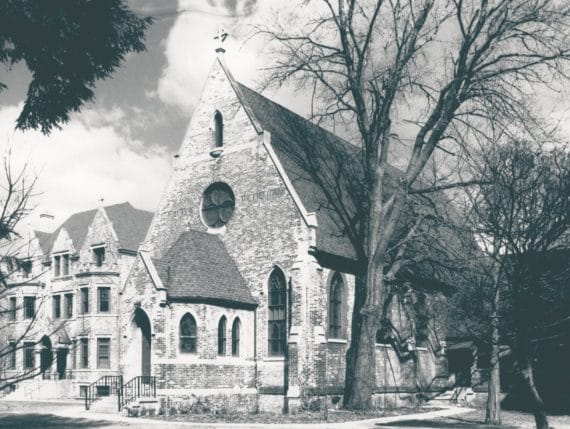