Kemper Center had its beginnings in 1861, as the private home of Wisconsin’s first United States Senator, Charles Durkee. In 1865, Senator Durkee’s home became an Episcopal boarding school for young women.

The girls’ school became Kemper Hall in 1871, in memory of Bishop Jackson Kemper, the first Missionary Bishop for the Northwest Territory of the American Episcopal Church. When the Episcopal Sisters of St. Mary assumed the leadership of the school in 1878, Kemper Hall also became the Mother House for the Western Province, which then extended to the Pacific Ocean.

Kemper Hall emphasized learning, prayer, athletic competition, and self-discipline. Classes were demanding and focused on developing critical thinking skills. Students were taught to “Fight the Good Fight” (the school motto) with spiritual, intellectual, and physical force in order to right the wrongs they encountered.

As Kemper Hall, the school educated youth for over 100 year and celebrated its 105th anniversary in 1974 when it granted diplomas to its 100th graduating class. However, in 1975, the Sisters of St. Mary and the Kemper Hall Board of Directors decided to close the school and sell the buildings, unable to staff and maintain the school any longer.

Mary Elizabeth “Penny” Palmer Enroth, a 1958 graduate of Kemper Hall, and the Kemper Hall Development Director when it closed, along with a group of other concerned alumnae and civic leaders, led the fight to preserve and keep Kemper Hall and the Durkee Mansion from private development. One year later, Kemper Center was placed on the National Register of Historic Places.

Kemper Center, Inc. was established as a 501(c)(3) nonprofit organization so that the property could be purchased on a land contract until additional funding could be secured. The preservers of Kemper raised $150,000, which was matched by a federal Land and Water Conservation (LAWCON) grant, to purchase the property from the Sisters of St. Mary. Kemper Center was then given to Kenosha County, and it became Kenosha’s seventh County Park.

Under the continuing leadership of Penny Enroth and the Kemper Center Board of Directors, Kemper Center, Inc. assumed management of operations in January 1976. Over the years, the Kemper Center has expanded to include the Anderson Arts Center and hosts a variety of special events, programs, classes, art exhibitions, and private events in the community each year. 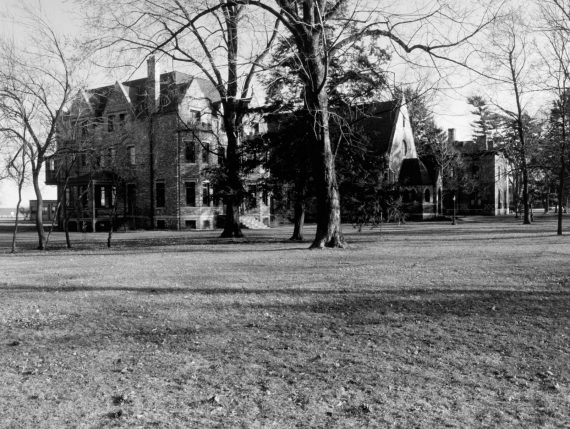