Eric Wilson was born and raised in a far northwest suburb of Chicago. As his parents were both artists, his father a ceramicist and mother a jeweler, he felt obligated to continue the family practice. In 2013, he graduated from Northern Illinois University with a BFA, focusing in printmaking. It was at NIU where he fell in love with the process of lithography and subsequently, he abandoned creating any type of print that wasn’t a lithograph.

In 2017, Eric graduated from the University of Arizona with an MFA, focusing in printmaking. Although the Tucson desert was a warm friend and great influence, it showed no prospect of work. In 2018, he moved back to Illinois, got a job as a fabricator, became a member and instructor at the Chicago Printmakers Collaborative, and continues to make art of all kinds in Chicago.

“I was hooked on Americana, addicted to kitsch, early on. When my dad would watch westerns on tv or explore antique stores, I would float away into daydreams. Overwhelmed, I imagined the past lives I might have lived (I still am on the edge of understanding this avenue of reincarnation). These dreams were condensed visions of the most potent Americana ideals; saturated in a world of red, white, and blue, cowboys and Indians, anti-modernism, and a route 66 rambling mentality. These memories are stored in buildings, constructed of fiberglass in the likenesses of food, fireworks, and animals.

I still can’t scrub these vivid images of America from my brain. My creations are a way of exorcising this alternate reality from my mind. I share these Kodochromatic images of American mythology to question the consequences of history.

In my recent prints, images of the West are composed of my personal experiences as well as our collective memory. At some point, I discovered my pursuit of being a cowboy was a fool’s errand. Maybe that’s because, by the end of the 20th century, the complicated masculine ideal was finally shot dead.”

Learn more about Eric Wilson at ericwilson.us or on Instagram @ericwilsonson. 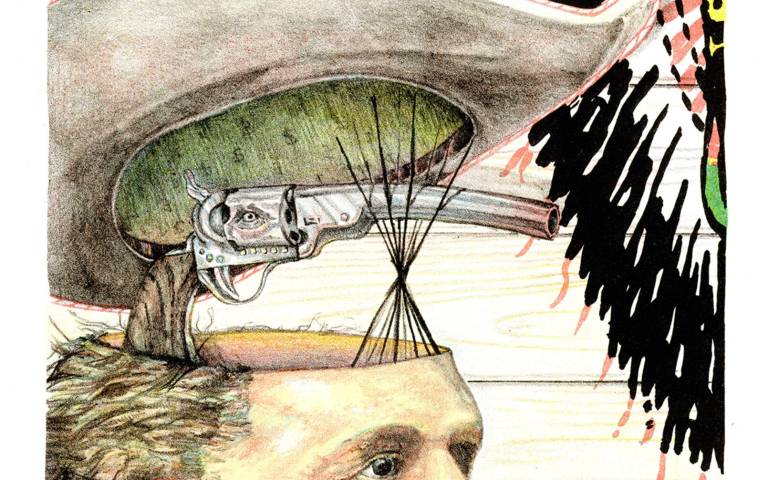 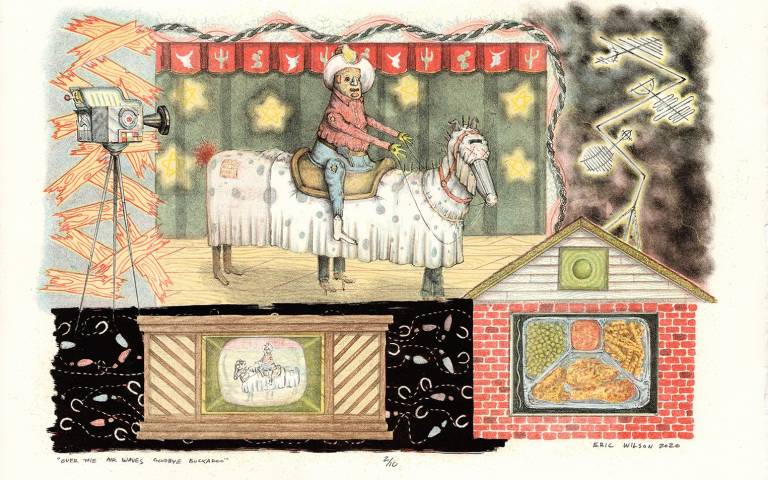 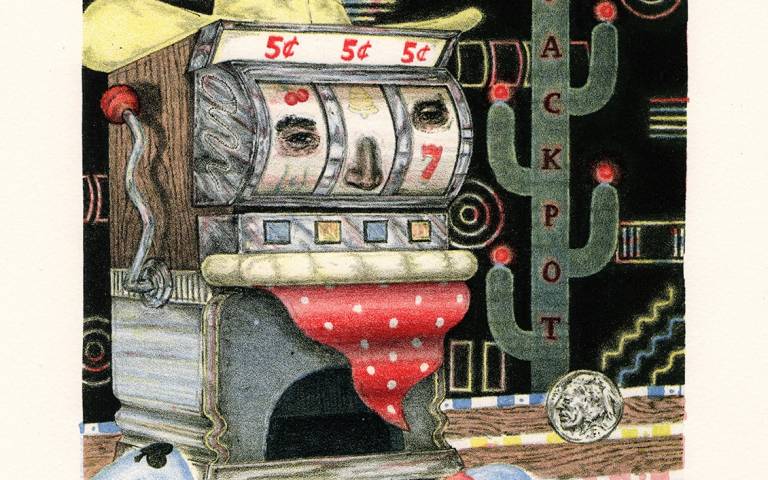 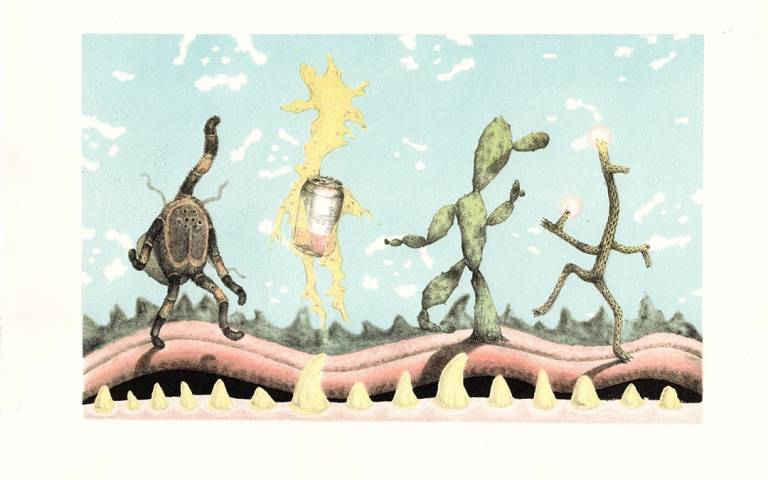 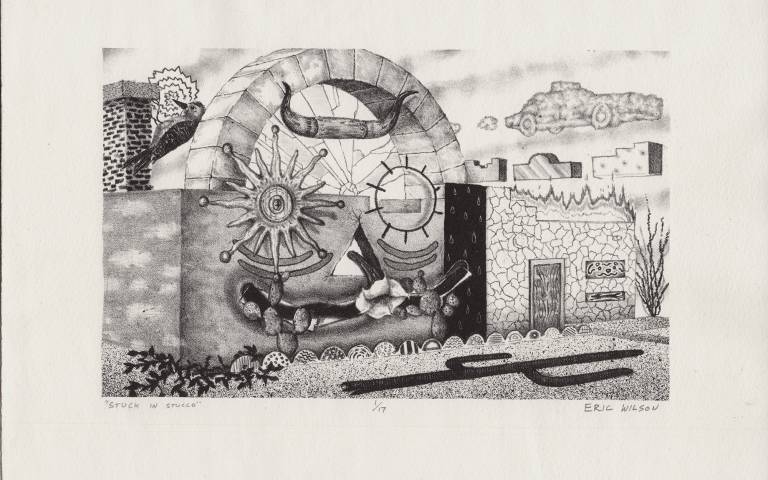 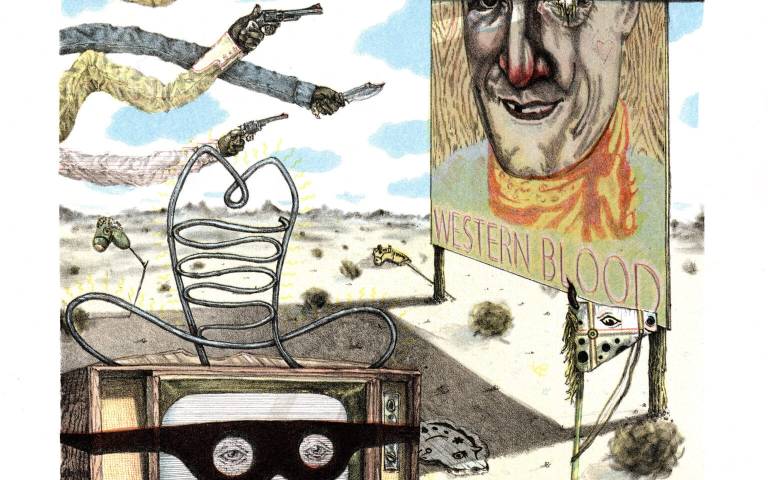