Deborah Maris Lader (Artist, Musician, Performer, Administrator) is the Founder/Director of the Chicago Printmakers Collaborative since 1989, and member of the touring Altfolk band, Sons of the Never Wrong.

Deborah exhibits her prints, drawings, photography, and mixed media artwork internationally, and her work appears in many permanent collections, including the Chicago History Museum, the New York Public Library, and the City of Palo Alto. Deborah was awarded Outstanding Printmaker 2016 by the Mid America Print Council for her work and her contribution to the printmaking community. She was the featured speaker and solo exhibitor at the MAPC Conference in October 2016. Other awards for her service to the artistic community include “The 2007 Arts Advocate Award” from ArtWalk Ravenswood, “The 1999 Paul Berger Arts Entrepreneurship Award” given by Columbia College, Chicago, and “Cultural Contributor of the Year”, presented to her by the Lincoln Square Chamber of Commerce in 2003. She is a former Board member of the Mid America Print Council, the Chicago Artists Coalition and the American Print Alliance. Her artwork has been featured in numerous books and publications.

Deborah also plays guitar, mandolin, and banjo and writes songs and sings with her band, which recently released their 10th CD on Sons 3 Records.

“In love with drawing on stone and copper and wood, I primarily identify as a printmaker, but one who also dips into painting, sculpture, film, performance, and community action. I founded a 31-yr-old printmaking workshop, and I consider it an integral aspect of my art practice. In my work, birds and fish and other dreamlike forms migrate on threatening waves of cloud and sea, using their senses to navigate. I’m interested in the idea of fragility – of our faculties, our senses, and of our ‘place’ in the world and how, in the pursuit of saving it, we might save ourselves.”

Learn more about Deborah Maris Lader at deborahmarislader.com and on her Facebook page. Her music can be heard at sonsoftheneverwrong.com. 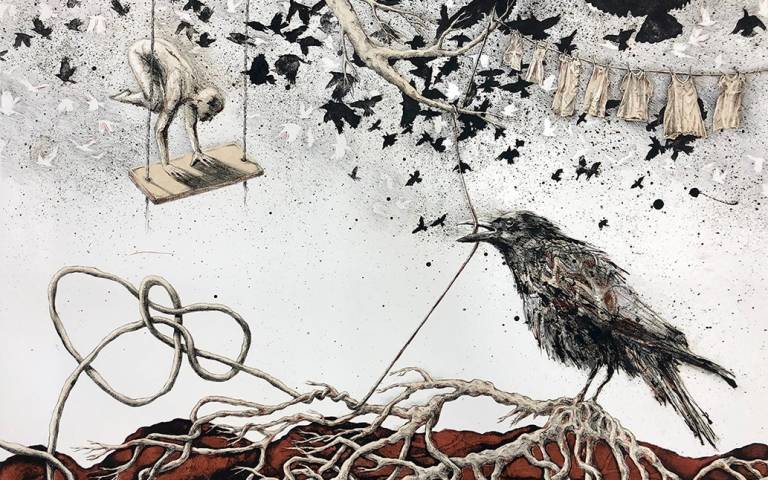 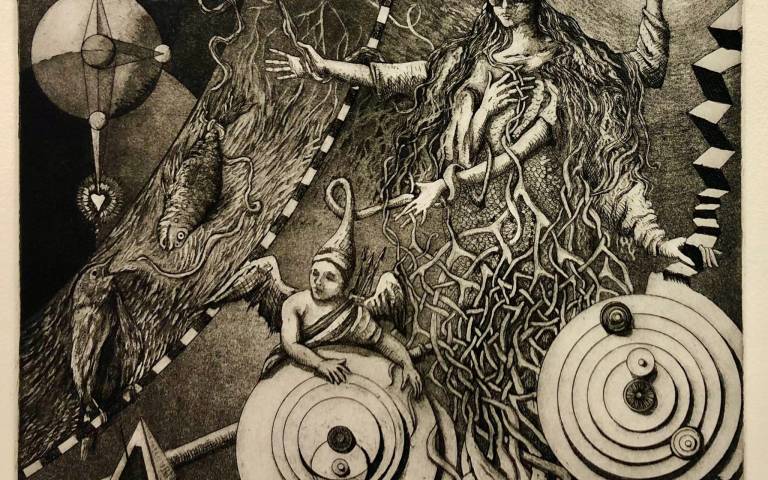 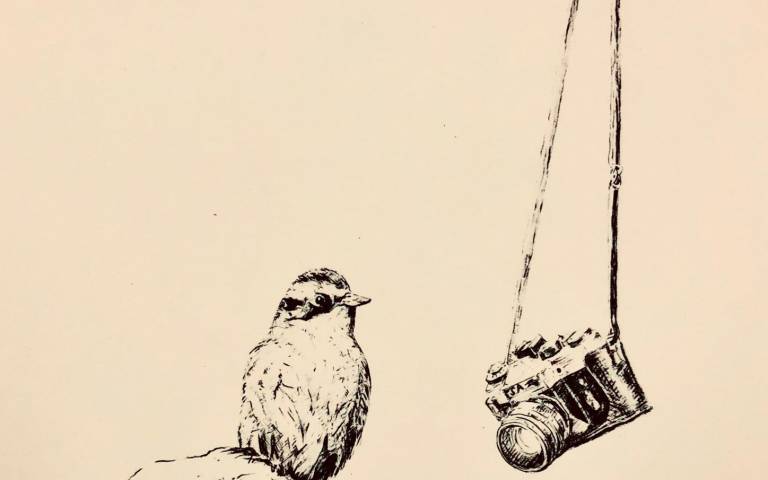 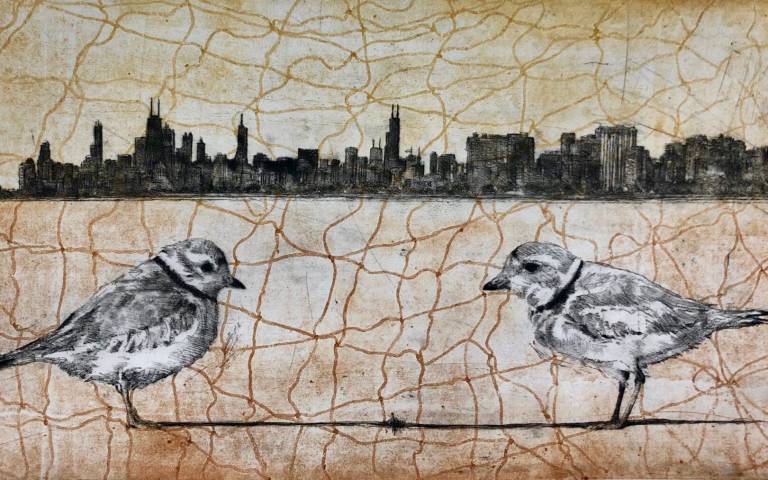 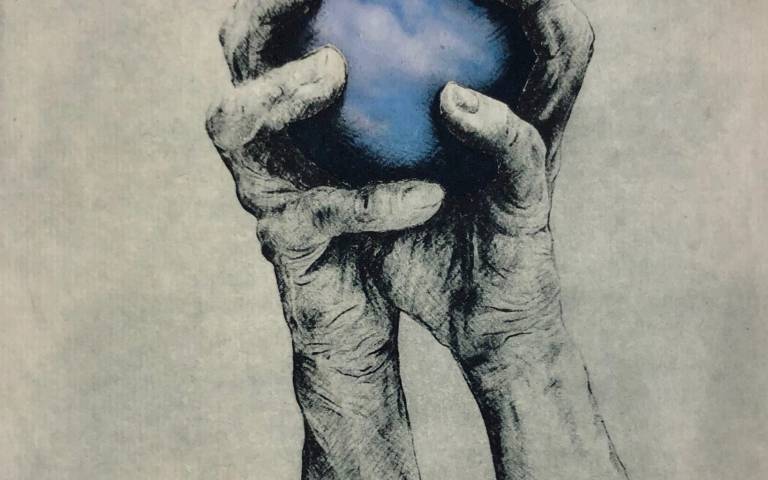 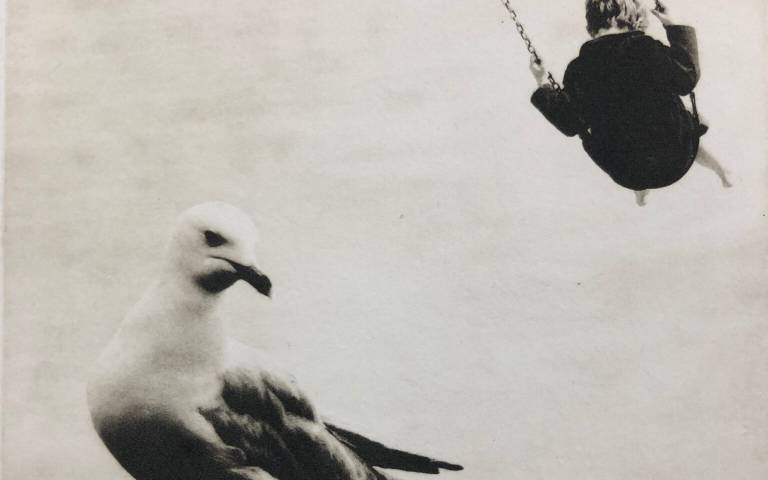 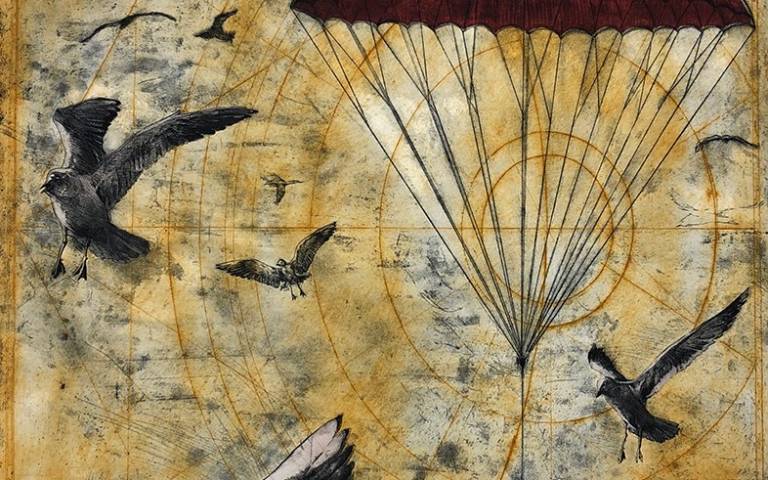 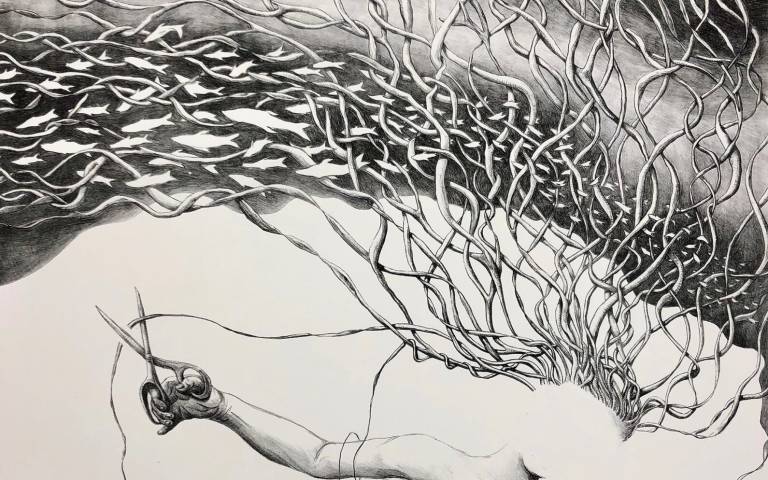 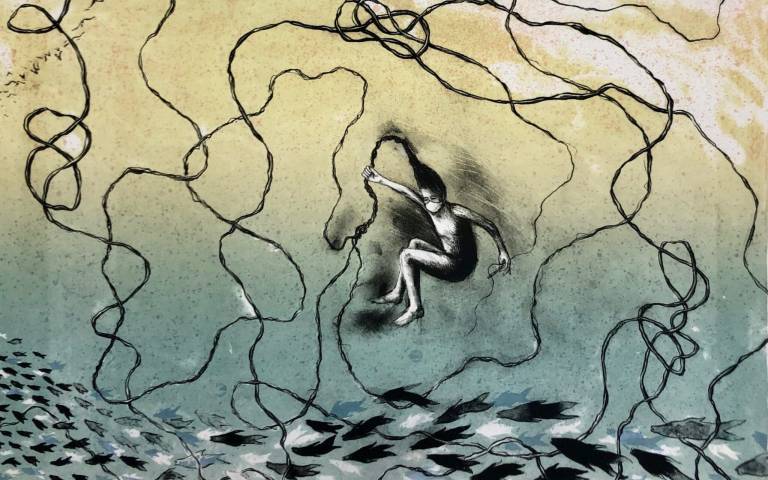